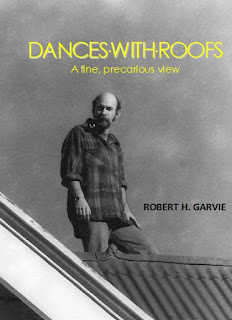 Over an idyllic summer week, Bob Garvie joins a merry band of roofers to take on a roofing challenge in the Thousand Islands. The natural setting is all it should be: the sparkling water of the St. Lawrence River, the pink granite of the Canadian
In the late 19th and early 20th centuries, the rich and powerful – John Foster Dulles, for example, the Rands of Rand-McNally, H.M. Quackenbush, inventor of the Daisy BB gun, the Kelloggs of raisin bran fame – flocked to the area. They built grand summer homes and docked their 100-foot steam yachts there. Garvie’s pseudonymous Wyndhams of Boston are descended from this lofty race. Down the generations, since their forebears first bought and named Hornbeam Island, the Wyndhams have learned little about living lightly on the planet .

This memoir, along with the pages that follow, looks back on some of the events of Garvie’s own life -- his early childhood in northern Ontario, a brief stint as a Toronto stockbroker, fifteen years in New Zealand, a fall from a mountain. Dances with Roofs is a tribute to friendship and a call for better stewardship of Planet Earth. 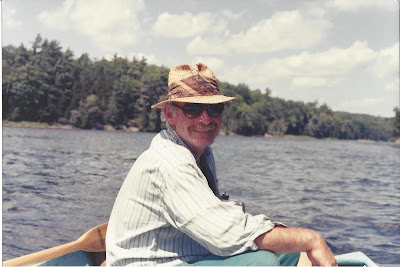 
To order: email us at