Don't Pee under a Tree in Africa 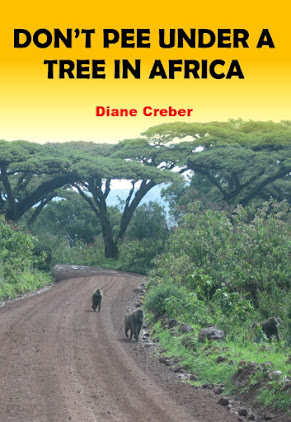 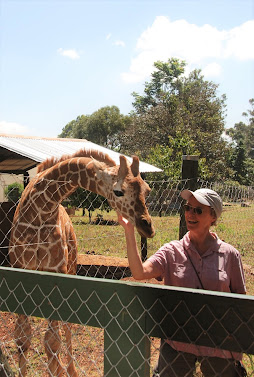 The journey in Diane Creber’s latest book, Don’t Pee under a Tree in Africa, begins when a tall, distinguished Kenyan appears one day at Diane and Tim’s pottery studio in rural Ontario. Paul Kioko has returned to live in his native Kenya after a career working for the Kenyan attaché to the UN in New York, and one of his new entrepreneurial ventures is travelling around North America representing a cooperative of Kamba carvers. As Paul and the couple become friends, he invites them to visit him and his family in Africa. For Diane, the trip is the realization of a lifelong yearning to see African wildlife close up. With Paul as their guide, the visit becomes much more.

Paul’s young wife and their son and niece have never met white people before and are terrified by the Canadians in their home. Diane works hard to break down barriers. With Paul as their savvy host and guide, they visit wildlife parks, remote villages, and a luxury resort and are taken to have tea Barrack Obama’s Kenyan family. Diane and Tim do have close contact with wild animals but they also encounter corrupt officials, confront a knife-wielding robber, and witness devastating highway accidents. Paul’s wife Esther takes Diane into the Nairobi slum just beyond the family’s tidy, affluent suburb, opening Diane’s eyes to the country’s poverty and dramatically challenging her middle-class values. A picture takes shape of a troubled, highly complex society still under the shadow of colonialism. Even elite citizens like Paul are shut out in their own country from a world of privilege reserved for whites.

Through the lens of a privileged white Canadian woman, Diane chronicles with humanity and humour a life-changing journey. 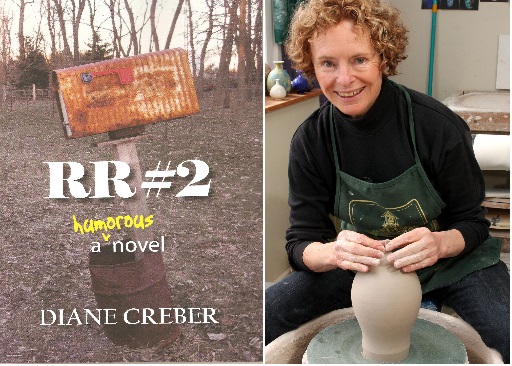 Not much has happened in the sleepy hamlet of Haystack in eastern Ontario in the last hundred years. But in 1968, the post office closes and the name of the village is no longer Haystack. It is now known as RR # 2. Next the church shuts its door and moves to a larger town. Then in 1970, the local schoolhouse closes and the building is put up for sale.

Into this backwater move two young potters, Joe and Cathy, straight from the big city. They buy the school intending to use it as a home and studio, full of big dreams and ambitions perhaps not well suited for a little place like Haystack.

The locals are upset to have hippie city slickers in their schoolhouse. The couple struggle to deal with village life where everyone knows everyone else and is suspicious of newcomers. They must learn to deal with multi-party phone lines and runaway livestock, nosy neighbours and a quarry owner intent on polluting the countryside. This funny, affectionate portrait of a fictional rural Canadian community will have the reader laughing out loud.


Diane Creber was born in Montreal and lived in Montreal, Toronto, and Ossining, New York. She studied painting at the Art Students League in NYC  and is a graduate of Ontario College of Art and Design and Sheridan College School of Design.
She and her husband, Tim De Rose, operated the Wilton Pottery for forty-five years in the tiny Hamlet of Wilton in Eastern Ontario, known by Canada Post as RR #2 Odessa.

Diane is an award-winning potter and has exhibited her work across Canada, Europe, and the United States. She has received numerous awards for her pottery and was nominated for the Saidye Bronfman Award, one of the Governor-General’s Awards in Visual and Media Arts. She has lectured and written extensively about her techniques. Her book Crystalline Glazes is studied throughout the arts and crafts field. RR #2 is her first venture into fiction.