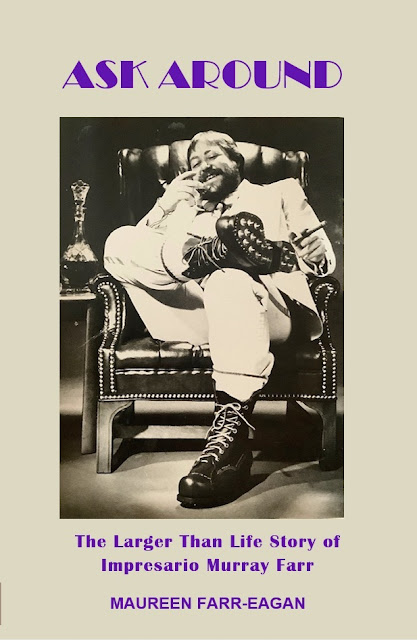 MURRAY FARR, the subject of this intimate biography by his sister, Maureen, was born in Regina in 1942 and died in LaHave, Nova Scotia, in 1992. He was a booking agent, manager, tour director, consultant, presenter, impresario, producer at EXPO ’86; director of Halifax’s Dalhousie Arts Centre, managing director for the Chimera Foundation for Dance in New York, consultant for the Dance Section of the Canada Council, promoter and advisor for various dance and theatre companies ... This is a short list. There’s much more. He was a social activist and a member of several human-rights groups in the 1960s and 1970s. He was a leader. He was fun. Funny. Smart. Compassionate. He was formidable. He laughed with such volume and intensity you could feel the universe jiggling.   – Miriam Adams, co-founder, Dance Collection Danse

Loved it so much I’m reading it a second time.  – Helga Stegemann

A page turner. What a tribute you’ve created to all the artists Murray promoted. – Mary Ann Higgs

Family dynamics could be a storyline for a movie. Enjoyed reading Murray’s accounts of the anti-Vietnam war protests. – Winston Wai

I admire your courage to tell your family’s story in such an honest, clear-sighted way. – Pam Douglas

MAUREEN FARR-EAGAN was born in Regina and grew up in Vancouver. A BA in English and Fine Arts at UBC followed by an MA in Art History at University of Toronto led to teaching art and English. She married, had a son, David, and later became a Life Skills Coach. A move to Kingston, and a divorce, allowed time to paint and write. Then, at her Unitarian Church, she met and married Bob and became a lay chaplain. Maureen and Bob enjoy life in the heritage village of Barriefield. 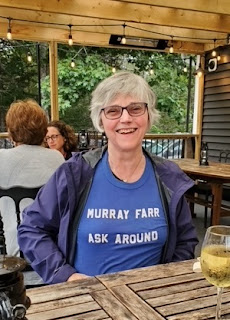