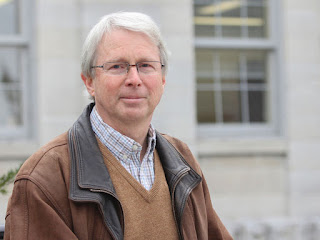 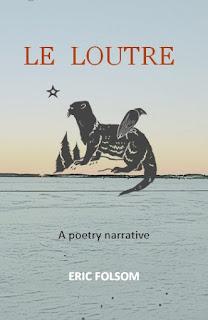 
Thaddeus Crow, now an elderly ship’s chandler in colonial Halifax, recalls his long-ago rescue by the powerful French missionary Abbé Le Loutre, who took him to live with an Acadian family in Nova Scotia. As the eighteenth-century colonial wars raged on, Father Otter, as the Mi'kmaq called him, became more French agent than priest, leading Acadian and Mi'kmaq militias against the English. His efforts were in vain, putting an end to Thaddeus’s idyllic childhood as his adopted family and community were driven from their lands.

A darker version of Longfellow’s Evangeline, this is a tale of the Acadian Expulsion, seen through the eyes of a boy lost between cultures.

In detailed, carefully observed and paced verse, Eric Folsom  tells the story of the confrontation between the Mi’kmaq, Acadians, and colonizing French and British forces in what are today Nova Scotia and New Brunswick, reminding us of old injustices that continue to shape our polity.

Having witnessed those injustices firsthand, Thaddeus  Crow – a Yankee orphan sold to the Catholic “Father Otter” of the book’s title and raised to thrive in an Acadian farming family – has the advantage of proximity as well as of distance. He recounts in old age what had happened during his youth, decades after virtually every pertinent historical die had been cast. His account concedes secrets otherwise lost to the official reckoning.

– John Barton, author of For the Boy with the Eyes of the Virgin

Eric Folsom, a native of coastal New England, graduated from both Dalhousie and St. Mary’s University in Halifax, Nova Scotia. Eric has lived in Kingston, Ontario, since 1974 and has published four collections of poetry: Poems for Little Cataraqui, What Kind of Love Did You Have in Mind?, Icon Driven, and Northeastern Anti-Ghazals. From 2011 to 2014, he served as Kingston’s first poet laureate.

Or order copies at
woodpeckerlanepress@gmail.com. 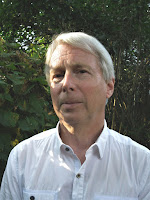 Eric Folsom became Kingston’s first poet laureate in April 2014, 40 years after moving here, and he has since published such books of poetry as Northeastern Antighazals, Icon Driven, Poems for Little Cataraqui, and What Kind of Love Did You Have in Mind? He’s a lyrical poet, some of his work is reminiscent of song lyrics, and I’ve heard him take part in a spoken word competition at the Grad Club. A self-described “library guy,” he has been a fixture at the Kingston Frontenac Public Library and a familiar figure in Kingston’s populous literary community.

Rose DeShaw remembers him in the 1970s, when he was teaching poetry at St. Lawrence College and editing the literary quarterly Next Exit. Poetry has been, in other words, his life. Fellow poet and playwright Daniel David Moses, who teaches at Queen’s University, says of him, “I think he’s one of the poets who uses language at its most transparent while still being an effective writer.” And Diane Schoemperlen has said that his poems are “grim, and shocking, are about sex, separation, anguish, beauty, the blues, and all other varieties of love and loss.”

The truth of these assessments is particularly evident in Eric’s new book, Le Loutre: A Poetry Narrative, published by Woodpecker Lane Press. Le Loutre is a book-length narrative poem — Eric might bristle a bit, I think, when I refer to it as an epic, because epic poems are usually written in high style that is anything but transparent. Think of Earl Birney’s narrative poem Titanic. But Eric definitely tackles epic themes in this book: the fall of Acadia to the British in 1755, and the subsequent expulsion of the French from New Brunswick and Nova Scotia.

Historically, Jean-Louis Després, known later as Le Loutre, played an important role as a military leader during the French defence of Acadia. Born to a family of paper makers in France, he came to New France in 1738 as a missionary to the Mi’kmaq of Cape Breton Island. During hostilities with the British, particularly after the fall of Louisbourg, he went underground, leading the Mi’kmaq militia in the siege of Annapolis Royal, the British stronghold.

Eric’s Le Loutre tells the story from several points of view. Many of the actual historical parts are given in prose passages, while the poetry presents us with the thoughts and theories of individual characters. Chief among them is Thaddeus Jude, who was taken as a child from a New England farm by Wabenaki warriors in 1739 and later given by Le Loutre to be raised by an Acadian family in Nova Scotia. But there are also poems from the points of view of mariners of the ill-fated fleet commanded by the Duc D’Anville (which never arrived) and the soldiers of King George’s army. Throughout, Thaddeus’s voice is clear, meditative and melancholy:

We lived in a land of interwoven beings
of uncapped variables that always opened
the vessel of home blossoming with rain.

His intent in these meditations is to “demystify the Moses of Acadia,” and Eric’s narrative does much to realize that intent. Le Loutre has long been a shadowy figure in Canadian history, but Eric brings him startlingly to life, not only as a priest but also as a determined military leader caught in a losing cause. Near the end, as he and Thaddeus meet up again when Le Loutre is a British prisoner in a rotting prison hulk in Plymouth harbour, the poetry becomes plaintive, yet still clear as a bell:

I recalled the lad you were then
perched on a rock apart from the crowd
carving a very fine bone flute,
content apparently with summer’s music,
a striver in truth even so,

Le Loutre is a major lyrical accomplishment by a fine narrative poet. Eric Folsom has expanded his laureate’s vision beyond Kingston, and embraced a truly universal Canadian epic theme.