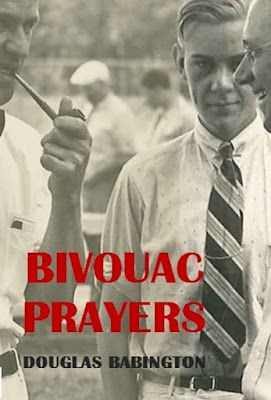 A teenaged soldier in wartime Mississippi, hungry to launch himself in life, letters, and love ...

After a month at a Texas boot camp, Johnny heads to the University of Mississippi for the Army’s Specialized Training Program. There, far from home, he falls fast and hard for a pretty Ole Miss co-ed. Little by little he learns that Rosalie’s calm loveliness masks deep scars etched on her family’s psyche by a terrible fire at a Natchez nightclub.

Douglas Babington bases his “non-fiction novel” on the story of his gifted young uncle, drafted into the US army late in World War II.

Anchoring his gothic southern tale solidly in wartime America, Babington weaves into his tale letters written home by his uncle.  Bivouac Prayers is the story of a young man caught up in dark circumstance, haunted by fears that his time running out.

"I have said it before and I will say it again:  This is fantastic.  I have read  Bivouac Prayers through with deep pleasure twice now. I kept asking, Did this really happen? Was it really like that? That’s how compelling and convincing it is."


– Ian Coutts, winner of the Tom Fairley Award
for Editorial Excellence for D-Day: The Greatest Invasion


“Back in 2001, putting my feet on Mississippi soil got the story of my uncle underway.  I walked in his shoes across the campus of Ole Miss, where I’d come to teach writing, and I thought hard about war when the terrorists struck on 9/11.

Then there were those weekend visits to Natchez, where I learned about the Rhythm Club fire of 1940, which killed over 200 revellers in an all-black dance hall.  From my uncle’s letters, I already knew this book would be a teenaged soldier’s love story, as well as the story of a young writer’s military exile far from home, time running short.  But it was the Rhythm Club that gave my imagination its Southern fuel.  I think Uncle John would have seconded my desire to propel his story with such darkness and death." 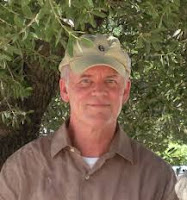 DOUGLAS BABINGTON taught writing at Queen’s
University in Ontario for many years. His recent work
includes two poetry collections, To Carolyn: A Song of Schizophrenia, and News from the Recent Quake,
in English and Modern Greek.

Born in Buffalo, New York, he now lives in Montreal.

Or order copies at
woodpeckerlanepress@gmail.com or Kindle version on Amazon.